It’s always a joy to find something new and unheard of in the food business and I thought I knew the cheeses of France pretty well after 40 years of sampling the curd in all it’s magnificence. But on an ingredients buying mission to the south of France I came across a little backstreet cheese shop in Nice, well-off the tourist routes. The passionate and knowledgable owner suggested I try a Cheese that he said is usually sold only at Christmas. He makes this himself – This is how he described it – Get a wheel of the best unpasteurised Brie at its honking best – slice it in half horizontally and fill it with a mixture of mascarpone, pepper, salt, diced truffle and real truffle oil (and other things he wouldn’t tell me) – put the other half back on and let mature for two days before serving. I am not kidding this is sooooo good I nearly collapsed onto the floor of the cheeses shop on first taste.

He also introduced me to another cheese I had never tasted called a Boulette D’avesnes – odd taste at first but weirdly pleasing – its in the shape of a cone – Originally made from butter milk, the cheese is mixed with parsley, tarragon, cloves and pepper. The clove flavour is very predominate – The cheese is then shaped into a cone and dusted with paprika. My new best friend at the cheese shop says this cheese is best consumer with a good strong beer. You can find the La Ferme Fromagere at 27 rue de Lepante, Nice. And seriously try the truffled Mascarpone Brie…… 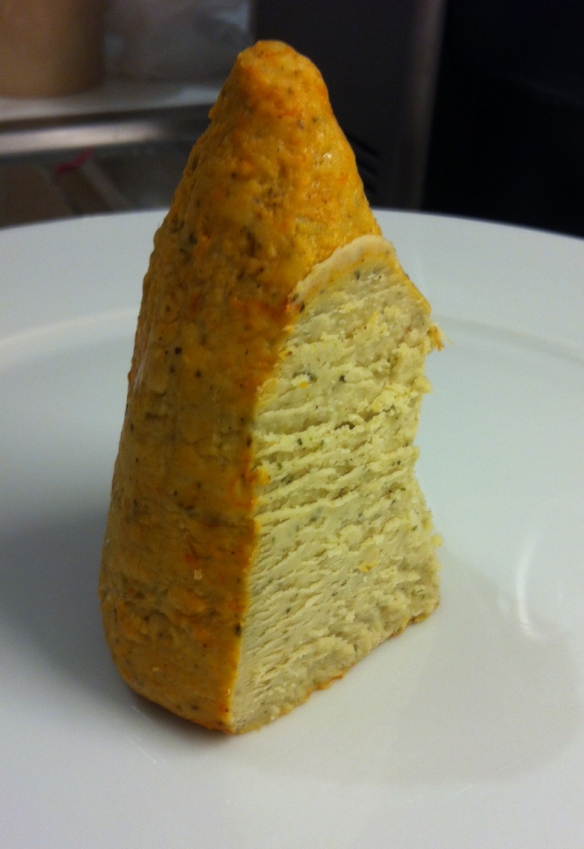 The “cone of Pleasure” dusted with paprika. Then slightly taupe colour is due to the addition of cloves, pepper and tarragon 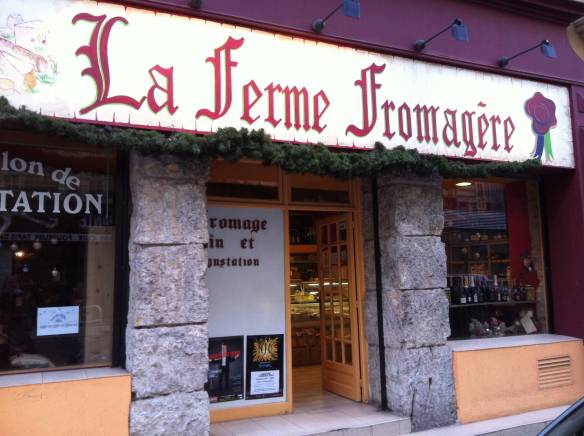